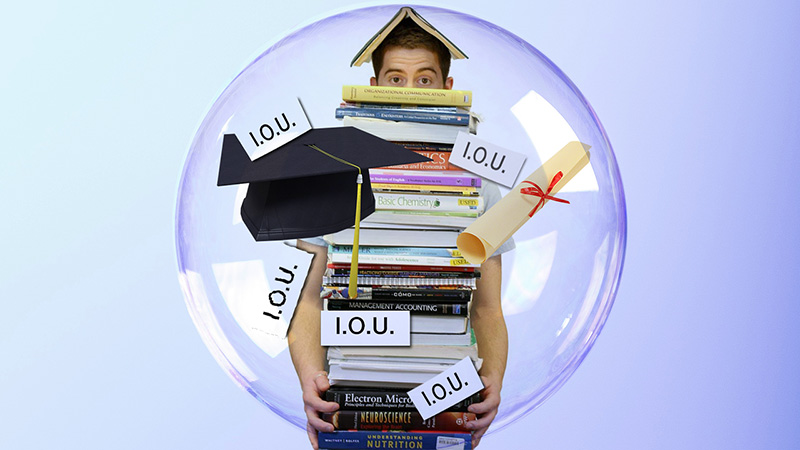 Previous postings (June 17, 2019, et. al.) noted that the amount of outstanding student loan debt has become so large that it is posing a thorny problem for American society. This debt overhang has been blamed for delaying marriages, family formation and home purchases. Not surprisingly, some politicians have sensed a “ready-made voter coalition” by promising loan forgiveness and free college moving forward. A recent study by the New York Federal Reserve Bank reveals how pervasive the problem has become.

Just 36% of borrowers who were current in their loans made progress in reducing their outstanding loan principal over the past year. Borrowers from the class of 2005 had repaid less than 40% of their balances by the tenth year after leaving school. Debtors from the class of 2010 may have fared even worse with only 9% of their balances paid off five years after exiting school.

About 43 million people carry student loan debt with the average balance being $33,500. A third of borrowers owe less than $10,000 and the median balance is slightly under $18,000. A severely stressed group is the 7% of borrowers totaling 3 million people who carry student loan balances exceeding $100,000. In the second quarter of 2019, 15% of borrowers in repayment mode were 90 or more days past due. However, this figure surely understates the degree of delinquency since it does not include the cohort which is still attending school, in a grace period or under forbearance. Unless a miracle occurs, this group will be adding to the delinquency pool in the future.

At some point, the taxpayer is not going to like the ultimate outcome.

We Do It Because We’re Gonna Beat the Market!!