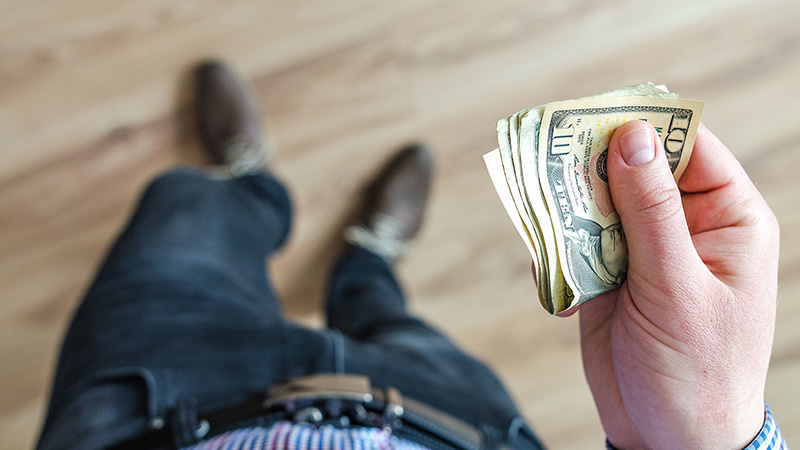 The financial markets endured much greater volatility in the fourth quarter of 2018 and losses in December wiped out all of the stock market gains from the previous 11 months.  While there have not been reports of investors jumping out of windows, it was clearly a difficult time to be a market participant.  When the market starts to challenge our intestinal fortitude, some investors are tempted to sell everything and simply hold cash.  After all, if one can avoid subsequent losses, they’ll have additional funds to invest when “it’s safe to go back into the water”.

History has shown however, that trying to time the market is usually unsuccessful and has spawned the investing axiom, “the risk of being out of the market is greater than the risk of being in it.”  Successful investing requires a long-term perspective and maintaining that perspective means accepting the fact that there are going to be some years with negative returns.  The year of 2018 was one of those years.  For example, the U.S. large cap stock market (S&P 500) posted a loss of 4.38% and the small cap market did even worse with the Russell 2000 showing a loss of 11.01%.  Foreign stocks fared even worse with the MSCI EAFE (Europe, Australasia, Far East Index) losing 13.79%.  Bonds (represented by the Barclays Capital Aggregate Bond Index) barely eked out a gain posting returns of 0.01%.  Real Estate Investment Trusts (represented by Dow Jones U.S. Select REIT Index) also disappointed by showing a loss of 4,22%. Holding cash would be a real temptation in a year such as this, because there was clearly “no place to hide”.

However, holding cash turns out to be the wrong strategy most of the time.  A recent article1 by Utah Valley State University professor Craig Israelsen helps to provide a longer term outlook.  Israelsen points out that large cap stocks have generated positive annual returns in 80% of the years between 1970 and 2018.  The negative result in 2018 was the first we’ve experienced since 2008.  Small cap stocks posted positive annual numbers 69% of the time during this 49 year period while bonds were positive 94% of the time.

One can counter that cash (represented by US 3 month Treasury Bills) posted a positive return in 100% of the years in question, but there is definitely a price to be paid for that peace of mind.  During the period 1970-2018, the nominal average annual return of cash was only 4.8% and the 2018 return of 1.96% was the first year since 2008 that it exceeded 1.0%.  Both large cap and small cap stocks averaged nominal returns exceeding 10% annually during the 49 years in question and even less risky bonds had nearly double the nominal return of cash at 7.37%.

So while it can seem comforting to hold cash when the markets get rocky, it’s generally not a smart move.  When income taxes and inflation are factored in, the case for staying invested becomes even stronger. Risk and return go hand in hand, so investors should focus more on their long term goals and tune out the short term gyrations of the financial markets.

Government Steps in to Help Us Again