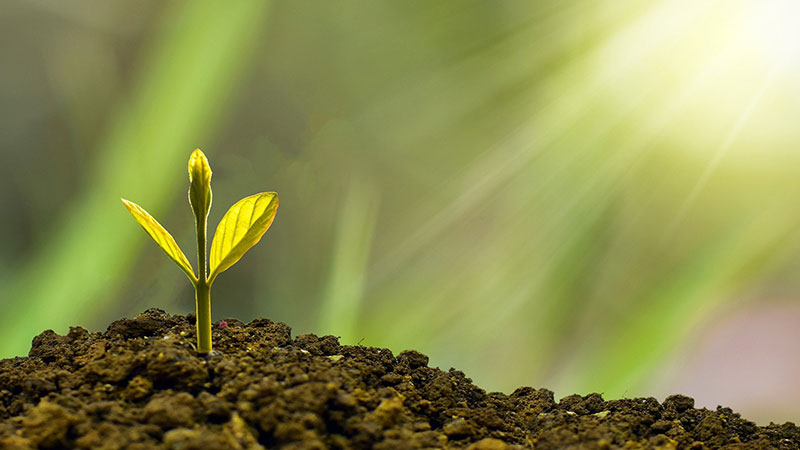 Our look back into history will touch on the origin of retirement savings accounts which enjoy income tax advantages over ordinary savings vehicles such as savings accounts and taxable brokerage accounts. We’ll cover traditional IRA’s (individual retirement arrangements in IRS parlance) as well as SEP, SIMPLE and Roth IRA’s. Prior to the introduction of these tax-preferenced vehicles, retirement savers looking for a tax break were basically limited to insurance products. Permanent insurance, such as whole life has been around for centuries as well as various insurance annuity products. These vehicles have long enjoyed the postponement of income taxes on the buildup of cash value within the policy. However, their use was hampered by high internal expenses and the compromises associated with trying to use the same product to accomplish two goals (death benefit + retirement savings).

IRA’s were an outgrowth of the Employee Retirement Income Security Act (ERISA) of 1974. Congress was spurred to action by the collapse of the Studebaker Motors pension plan and enacted a great many provisions to give workers greater protections and opportunities to build retirement security. Traditional IRA’s became available in 1975 and allowed income taxes on the growth of the account to be deferred until withdrawal, ideally in retirement. The original contribution limit was $1,500 or 15% of wages/salary/tips reported on Form 1040 and when enacted, did not allow for a tax deduction on contributions. In its early years, the IRA was only available through banks, but by the 1980’s nearly every type of financial services firm was offering these accounts. The Economic Recovery Act of 1981 increased the annual contribution limits to $2,000 or 100% of earned income and allowed contributions to be tax deductible. This limit was to remain at this level until 2001.

Congress sensed they had given us too good of a deal and in 1986, conditioned the automatic tax deductibility of contributions. The Tax Reform Act of 1986 introduced income limits which curtailed the tax deductibility for wage earners above a certain amount who were covered by an employer sponsored retirement plan such as a 401k. However, they did somewhat offset this pain by introducing spousal IRA’s which allowed a non-working spouse to fund an IRA based on their working spouse’s earned income.

Along the way, other variations of the traditional IRA were introduced to help small employers offer retirement plans in lieu of the more expensive workplace plans like 401k/403b/457’s. The 1978 Revenue Act facilitated Simplified Employee Pension (SEP) IRA’s which permitted employers to contribute to IRA’s opened for qualifying employees. The 1996 Small Business Job Protection Act introduced the Savings Incentive Match Plan for Employees or SIMPLE IRA which allows for both employee contributions and employer match contributions to employee owned accounts.

The Tax Payer Relief Act of 1997 ushered in a new type of IRA which was named after Senator William Roth of Delaware who championed the concept. Subject to income limitations, an employee could now choose to fund a traditional IRA which grows tax deferred or a non-deductible Roth IRA where qualifying withdrawals would never be taxed again. In addition, Roth IRA’s would not be subject to the Required Minimum Distribution (RMD) rules for IRA owners over 70 ½ years old. (recently increased to 72 years of age). Further, restrictions on some withdrawals from Roth IRA’s prior to age 59 ½ would be less painful for those in need of their money.

As mentioned previously, contribution limits for IRA’s were locked at $2,000 annually despite the corrosive effects of inflation. This changed with the Economic Growth and Tax Relief Reconciliation Act (EGTRRA) in 2001. With this legislation, Congress began a process of increasing the IRA contribution limits and they are now linked to inflation. For 2020, the limit is $6,000. In addition, EGTRRA introduced the possibility of “catch-up contributions” for workers over the age of 50. At present, the catchup amount is $1,000.

IRA’s have continued to evolve and Congress has continued to make changes, The Pension Protection Act of 2006 introduced the possibility of charitable giving (QCD) from an IRA for taxpayers over age 70 ½. This bill also provided for the Savers Tax Credit which in essence, subsidizes IRA contributions for lower income individuals. Rules related to Roth conversions and recharacterizations have changed several times. Most recently, the Setting Every Community Up for Retirement Enhancement (SECURE) Act increased the RMD age to 72 but also eliminated a popular tax-saving estate strategy known as the “stretch IRA” for non-spousal beneficiaries.

Traditional and Roth IRA’s have become a vital portion of our nation’s collective retirement readiness. According to the Investment Company Institute (ICI), the combined assets held in IRA’s reached $9.4 trillion as of March 31, 2019. Most of these monies arrived in these accounts via rollovers from employer sponsored plans like 401k’s and 403b’s. This often takes place when individuals change jobs. Unfortunately, these account holders often fail to take advantage of annual opportunities to grow these accounts by making additional contributions. As noted earlier, the contribution limits for IRA’s have been legislatively increased by more than threefold since the IRA first came into existence.

If you would like to have more information regarding Traditional IRA’s, Roth IRA’s, SEP’s, SIMPLE IRA’s or rollovers please contact us through our Level 5 Financial website or via phone at 719-323-1240.

Sources: FinancialDucksInARow.com, Dictionary of Finance and Investment Terms, Wikipedia, Financial Security For All by the USDA Cooperative Extension, 2019 IRA totals from the Investment Company Institute.