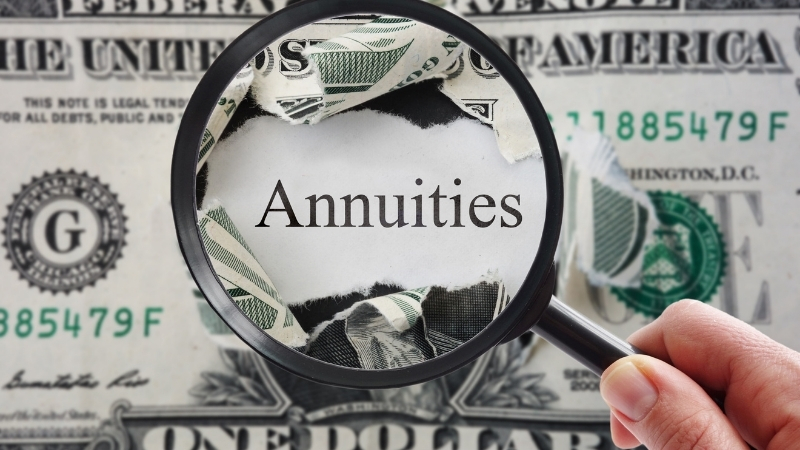 Today we’ll discuss an insurance product that has been described as the “inverse of life insurance” and like life insurance, has been around for centuries.  The term annuity is derived from the Latin word “annua” which in Roman times referred to annual stipends.  Present day annuities generally consist of regular (most commonly monthly) payments made to a beneficiary by an insurance company.  Payments can be structured for a specific period of time, say ten years, or for the remainder of an annuitant’s life.  In the case of a joint and survivor annuity payment, the income stream can continue until the passing of the second to die.  An astute observer once described the function of both products by stating, “people buy life insurance to protect against dying prematurely and purchase annuities to protect against living too long.”

There are two possible, but not necessarily required, phases to an annuity contract. In the accumulation, or deferral phase, the customer deposits and accumulates money in an insurance company account and enjoys the benefit of income tax deferral on account growth.  The second phase is known as the annuity or income phase when the beneficiary (ies) receives regular payouts from the insurer.  A deferred annuity contract has both phases with payouts beginning at a date after the initial contributions commence.  An immediate annuity skips the initial accumulation phase.  The contract purchaser in this case makes a lump sum payment to the insurer, with regular payouts beginning in the following month. Annuity payouts always commence as a mixture of both return of principal as well as account earnings. However, should the beneficiary live long enough to recapture all of their invested principal,  subsequent payouts will consist completely of earnings.

While immediate annuities are relatively simple, deferred annuities can take many forms and include a variety of features in the form of policy riders.  It is important to understand that there is a cost associated with policy riders and internal policy costs can inhibit the growth of the amount that can eventually be annuitized.  Deferred annuities often have surrender charges that are levied against the policy owner in the event they elect to terminate or transfer the annuity to another insurer via a tax free section 1035 policy exchange.  As with policy expenses, it is important for potential purchasers to understand the surrender charges on any policy being considered.

Fixed deferred annuities offer some sort of guaranteed rate of return for a period of time.  Multi-year guaranteed annuity contracts (MYGA’s) can make sense for someone who would like to earn a guaranteed rate of return for a period of time and then “turn on” the regular payments by annuitizing the accumulated balance.  Equity indexed annuities (EIA’s) are also classified as deferred fixed annuities but base their crediting rates on some market index, such as the Standard & Poor’s 500 Stock Index.  Equity index annuities also involve caps, participation rates, and margins etc., that introduce substantial complexity.  It should also be noted that EIA’s do not credit the account owner with dividends paid by the underlying investments, but compensate the policy owner by guaranteeing that they will never earn less than 0% in a negative year for the markets.

Variable annuities (VA’s) allow the policy holder to invest in insurance company sub-accounts that function much like mutual funds.  Individuals who have maximized their participation in work-place retirement plans (e.g. 401k’s) and IRA’s often select VA’s for additional tax-deferred account growth.  It must be noted however, that the earnings growth of a VA is eventually taxed as ordinary income.  Ordinary income tax rates have traditionally been higher than long-term capital gain tax rates.

If you would like to learn more about these and other wise financial planning moves, please contact us through our Level 5 Financial LLC website or via phone at 719-323-1240.

3 Tax Traps To Avoid In Retirement